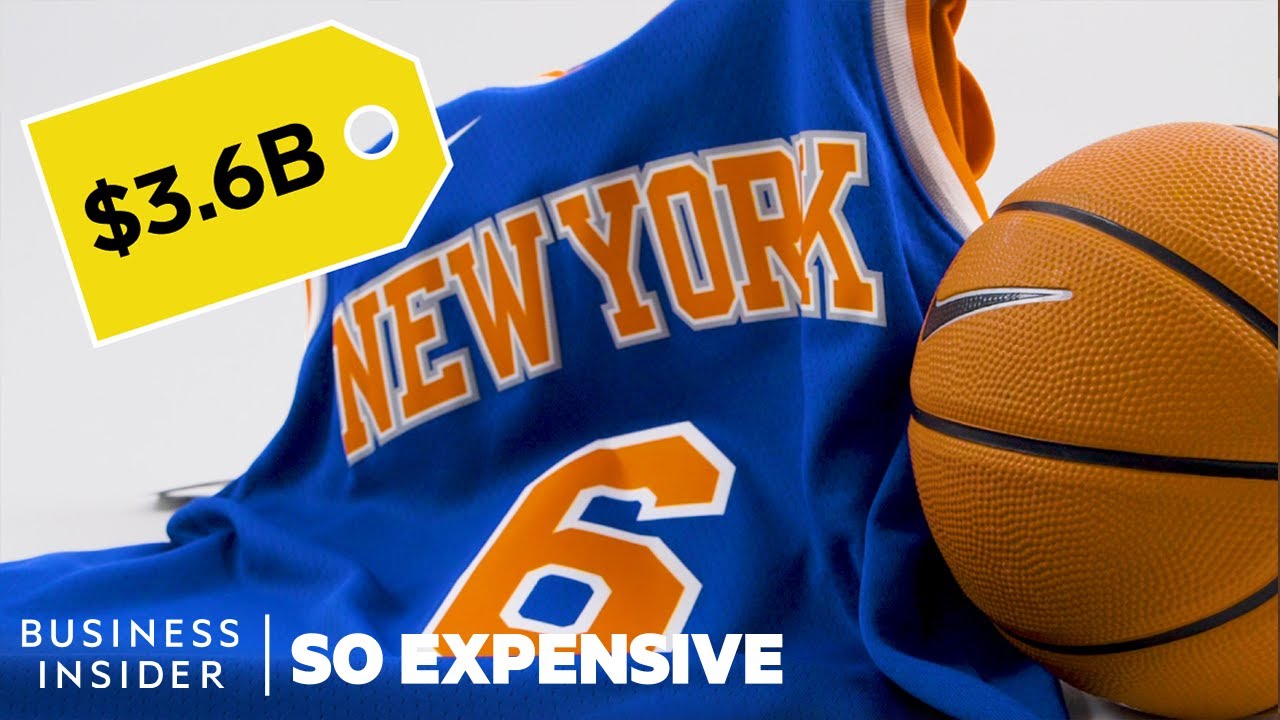 Following is a transcription of the video:

Narrator: In 2018, Forbes estimated the New York Knicks’ value at $3.6 billion. Making it the highest valued franchise in the NBA for three straight years. But the team’s business prowess hasn’t translated to success on the court. The Knicks have endured five straight losing seasons, won one playoff series in the past decade, and gone through 11 coaching changes since 2001. Plus, the team’s total attendance has fallen for the past two years.

So if the Knicks aren’t winning or even as popular anymore, why is the franchise so expensive? Well, it starts with the foundation and the Knicks’ is Madison Square Garden.

David Berri: “The stadiums are like amusement parks and there’s such an atmosphere to go to it, that they’ve made it so that wins and gate revenue are increasingly have a smaller and smaller link.”

Narrator: According to Forbes, Madison Square Garden is valued at $828 million and accounts for 23% of the Knicks’ value. Back in 2013, the Garden underwent a $1 billion renovation and the franchise is still profiting from it. The changes created new channels for sponsorship, like the Chase bridges, and in 2017 the stadium updated its suite membership, connecting with the Tao Group. Both factors amounted to a 9% increase in value from the previous year. Another key to the Knicks’ off-court success is the organization’s fixed revenues.

Narrator: The NBA is currently in the midst of a nine-year, $24 billion national TV contract. The deal pays the NBA about $2.6 billion per year, which equals about $88.9 million per team. The payout is three times higher than the value of the NBA’s previous one and that influx of cash caused the league’s salary cap to jump. The cap jumped from $63 million to $94 million in two seasons and players’ salaries rose along with it.

One owner told ESPN, quote, “National revenues drive up the cap, but local revenues are needed to keep up with player salaries. If a team can’t generate enough local revenues, they lose money,” unquote.

One major source of local revenue that factors into Forbes’ valuation is local television markets. In 2017, the Knicks made $100 million on its local TV deal. In comparison, the Memphis Grizzlies, a team that, up until 2017, made the playoffs seven seasons in a row, have a TV market that is worth one-tenth of New York’s.Berri: “So if you could have one of these giant television deals, whether you win or not is not gonna make a big difference.”

Narrator: Other teams in big markets have similar values to the Knicks. Teams with hefty TV deals, expensive stadiums, and low winning percentages round out the top of Forbes’ list. While successful small-market franchises, like the Portland Trail Blazers, who’ve made five straight trips to the playoffs, and the Oklahoma City Thunder, who’ve reached the playoffs in eight out of the past nine years, end up in the middle of Forbes’ list. These teams are better on the court, but they’re worth half of what the Knicks or Lakers are worth.

Berri: “There is not a statistical link between market size and wins in the NBA or in any other sport. Market size does not drive wins. So the Knicks are not struggling financially. They’re doing quite well, I would guess, financially. They’re not doing well on the court, but on-court performance is really mostly a function of your ability to evaluate talent. In that, there is some disparity in doing that.”

Trump, a Covid-19 vaccine and the election | DC Diary
Taking the floor: 10 facts about Alexandria Ocasio-Cortez
Hatchimals are the Tamagotchis of the 21st century
Meet the singer behind ‘Despacito’ (It’s not Bieber)
Have the US and China passed the point of no return? | FT