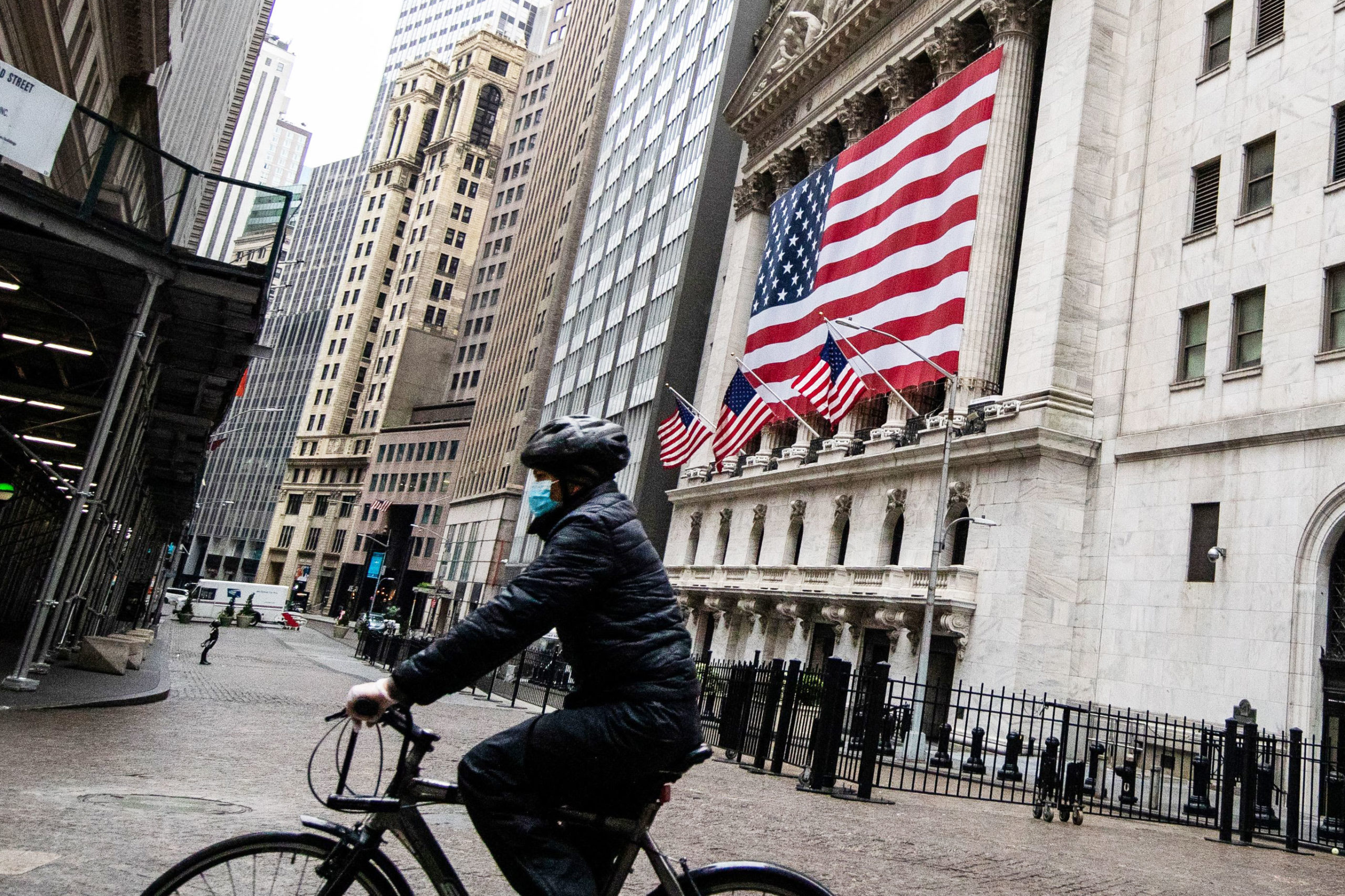 The New York Stock Exchange (NYSE) is seen in the financial district of lower Manhattan during the outbreak of the coronavirus disease (COVID-19) in New York City, April 26, 2020.

The S&P 500 gained more than 1% on Thursday and Friday, leading to the broader-market average’s first weekly advance in three. On Friday, investors shrugged off the biggest one-month job losses on record as expectations of an economic reopening outweighed the negative data.

Apple said Friday it will start to reopen U.S. stores this week. The stores, Apple said, will have temperature checks and will limit the number of customers inside the store at once.

Italian Prime Minister Giuseppe Conte said over the weekend Italy could ease its lockdown measures earlier than planned if the outbreak remains under control. Meanwhile, the most populous state in Australia will let restaurants, playground and outdoor pools resume operations on Friday, the region’s premier said Sunday.

“The world very much remains on the path to reopening, a process that will accelerate over the coming weeks,” said Adam Crisafulli, founder of Vital Knowledge, in a note. He added, however, the S&P 500 is still overbought at current levels even as expectations of a gradual resumption of economic activity continue to increase.

“There will be a reckoning around the reopening and linearity narratives (i.e. both are too sanguine right now),” Crisafulli wrote.

The S&P 500 has rallied more than 33% since hitting an intraday low on March 23. That surge has been led largely by mega-cap tech stocks such as Facebook, Amazon, Apple, Netflix, Google-parent Alphabet and Microsoft. Those stocks have all soared more than 20% since late March.

Stocks that would benefit from the economy reopening are also up sharply since then. MGM Resorts has soared more than 70% while Disney is up 27.3% in that time.

Despite the market’s strong performance at the index level, Dan Russo of Chaikin Analytics thinks that under the surface, “the real story has been unfolding.”

“Over the past three months, which roughly lines up with the top in the S&P 500, it is the economically sensitive cyclical sectors of the market that have lagged,” the firm’s chief market strategist said in a post, highlighting the performance of energy, financials and industrials over that time period. All three of those sectors are down more than 24% over the past three months.

Why Oysters Are So Expensive | So Expensive
Water: too precious to be just another commodity? | FT Rethink
Ex-startup staffer: Silicon Valley has cult mentality
Watch a blob of rubber turn into a basketball
How The $30 Million ‘Super Scooper’ Plane Was Built To Fight Wildfires