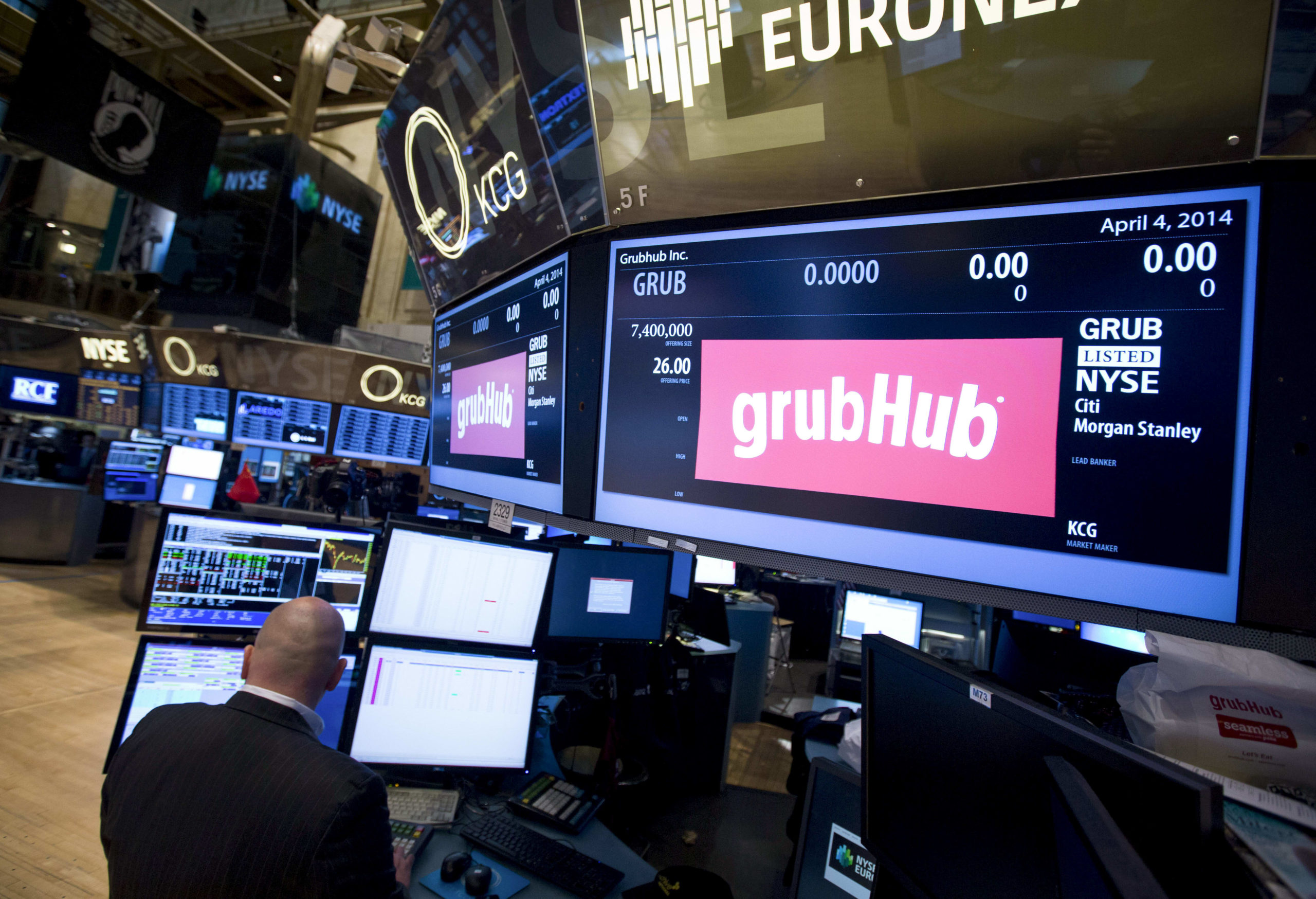 Check out the companies making headlines in midday trading.

GrubHub, Uber — Grubhub shares soared more than 27% on news that ride-hailing company Uber has approached the company with a takeover bid. Uber’s offer comes months after other outlets reported that food-delivery service Grubhub had hired advisors to explore strategic options, including a possible sale. Shares of Uber jumped 6% on the news.

Novavax — Shares of the vaccine company soared more than 62% on news that the Coalition for Epidemic Preparedness Innovations has committed up to $338 million in funding for a coronavirus vaccine. Novavax said said trials will begin this month in Australia, with results expected in July.

Simon Property Group — Shares of Simon Property rallied 3% after the company said it would reopen about half of its properties in the U.S. within the next week. The company closed all of its properties temporarily on March 18, and started reopening some of its malls on May 1 as states loosened shutdown restrictions. The comments from the biggest U.S. mall operator also helped boost stores like Gap and Nordstrom, which rose 0.9% and 0.7% on Tuesday.

Eventbrite — Eventbrite shares dropped more than 20% after the ticketing and events company posted dismal results for the previous quarter. The company reported a loss of $1.71 per share on revenue of $49.1 million. Analysts polled by Refinitv expected a loss of 24 cents a share on revenue of $71.9 million. “COVID-19 and social-distancing have severely impacted Eventbrite’s business, reducing paid ticket volumes and increasing event cancellations and postponements,” Eventbrite said in a statement.

Casper Sleep — Shares of mattress-maker Casper Sleep reversed premarket gains to trade 13% lower Tuesday after the company reported its earnings came up short in the first quarter of 2020. The company said it lost $1.23 per share, larger than the 84-cent loss analysts had been expecting. Casper went public in February after pricing at the low end of its IPO range and shares have dropped more than 50% since the stock’s opening trade of $14.50 on Feb. 6.

Eldorado Resorts, Caesars Entertainment— Shares of the gaming and hospitality company jumped more than 17%, despite the company’s first quarter results, which showed a 25% decline in revenue. Shares of Caesars were also on the move, gaining more than 4%, even as the company reported a 14% decline in revenue. Eldorado said that its acquisition of Caesars for roughly $8.6 billion in cash and stock, which was announced last year, should close by the end of June. Eldorado was maintained with a buy rating at Jefferies, Stifel and Deutsche Bank following its earnings.

Datadog — Shares of the technology provider surged more than 20% following its quarterly earnings. Datadog earned 6 cents per share for its latest quarter, compared to forecasts of a 2 cents per share loss, while revenue beat estimates.  Datadog, a provider of monitoring and analytics platforms for IT departments and software developers, also raised its full-year forecast.

BlackRock, PNC Financial — Shares of PNC fell 2.3% after the bank announced that it planned to sell its stake in BlackRock. The sale will involve a $1.1 billion repurchase by BlackRock and a secondary offering of the remaining shares. PNC owns about 22% of the asset manager, which has a market cap of roughly $76 billion. Shares of BlackRock fell 5.3%.

Hertz Global — Shares of Hertz dropped 4% after the car rental company posted a worse-than-expected earnings miss. Hertz reported a loss of $1.78 per share in the first quarter, wider than the $1.21 earnings loss expected by analysts, according to FactSet. Its revenue also missed estimates. The company said in a statement that results were “significantly impacted by COVID-19 pandemic.”