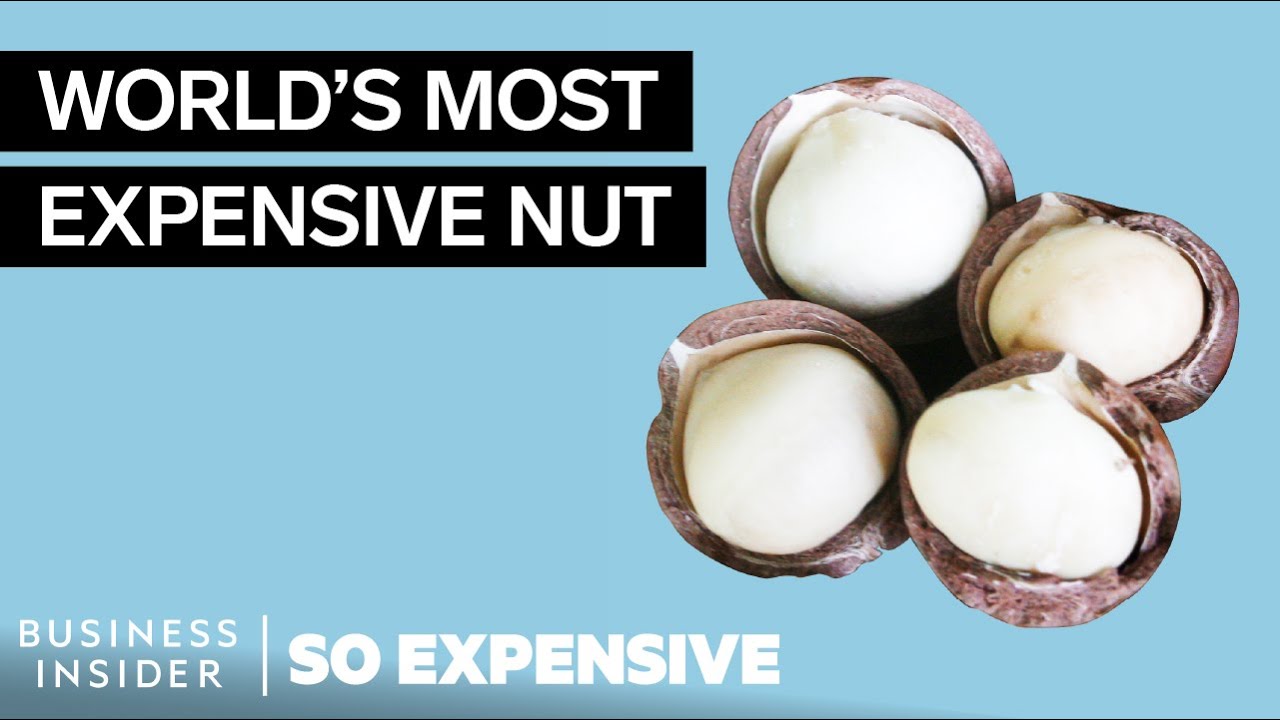 Video
Share on Facebook
Share on Twitter
Share on Pinterest
Share on LinkedIn
At $25 per pound, macadamia nuts are the world’s most expensive nuts.The nuts keep breaking price records every year. Macadamia trees take 7 to 10 years to begin producing nuts, and the nuts can only be harvested a few times a year. Although the demand for the nuts has largely outpaced the supply, exporters worry that a bubble in the global macadamia industry is about to burst.

Macadamia nuts are the most expensive nuts in the world. A one pound bag can cost around $25, almost twice as much as other nuts like almonds, and they’ve been breaking price records year after year.

Considered a high-quality dessert nut because of its rich, buttery flavor, macadamia nuts are a popular treat and a trendy import in countries like China and the United States.

But why are macadamia nuts so expensive?

The main reason is the slow harvesting process. While there are ten species of macadamia trees, only 2 produce the pricey nuts and it takes seven to 10 years for the trees to even begin producing nuts.The flowering trees originated in northeastern Australia and the nuts were eaten by the Australian aboriginal people. They called the trees “Kindal Kindal,” but British colonists eventually renamed them macadamia, after Dr. John Macadam. Despite originating in Australia, macadamia trees were first commercially grown in Hawaii.

Hawaii has the perfect climate for the trees– they need lots of rain, rich soil, and warm weather to thrive, which means regions that don’t meet those requirements have to import macadamia nuts all the way from Hawaii, South Africa, Latin America, or Australia. And because it takes the trees anywhere from four to six months to flower, the nuts all mature at different times of the year.

They’re only harvested five to six times a year, typically by hand. Their thick shell, often removed before sale, makes it difficult to tell the ripe nuts from the unripe ones, making the harvesting process more work-intensive and costly. Macadamias have become increasingly popular because of their high fat content. With 20.9 grams of fat per pound, they contain more fat than any other nuts, which is why people used to think macadamia nuts were unhealthy. In reality, a majority of that fat is 100% cholesterol free and contains palmitoleic acid, which can improve your metabolism and help your body maintain healthy levels of insulin.

Each nut is made up of 80% oil and 4% sugar. The high fat and low sugar content makes macadamia nuts ideal for many healthy eating and weight loss programs, including the Keto diet which cuts carbs while emphasizing good fats.

Meanwhile, countries like China who import them on a massive scale, are now working on growing their own harvests because of how valuable the nuts are. However, for the time being, the demand for macadamia nuts outpaces the supply, which drives up prices.

Exporters worry that a bubble in the global macadamia industry is about to burst.If that happens, macadamia nuts may no longer be the most expensive nuts in the world.