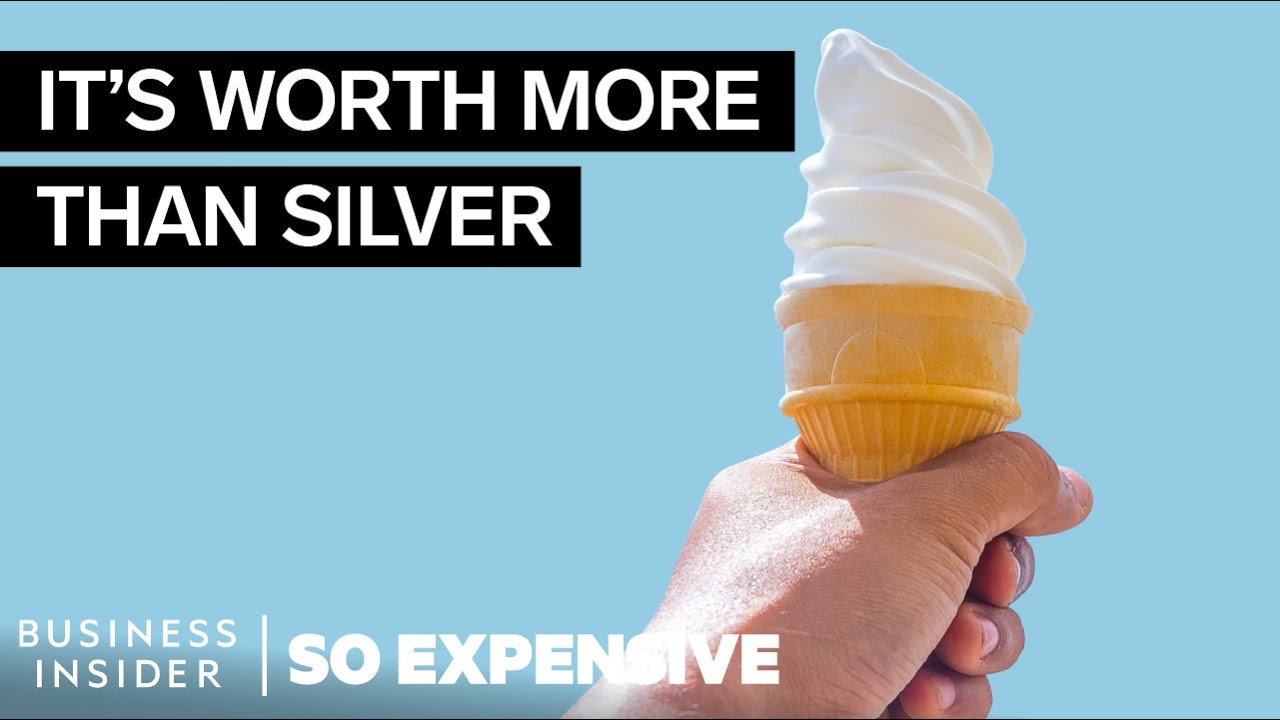 Vanilla prices have climbed so high it’s worth more by weight than silver. This increase in price has to do with a number of factors, including vanilla bean theft, complex pollination, extreme weather, and the rise of the “all natural” food movement. All of these variables combined to create the perfect recipe for a very expensive spice. Following is the transcript of the video.

Narrator: You might think of vanilla as basic. The word is even used to mean boring, average, or basic.

Student: Why do we have to go all vanilla on this song? See what we need is my chocolate thunder.

Narrator: But vanilla may not always be so run of the mill. Vanilla prices have climbed so high it’s worth more by weight than silver, and that high price tag could be bad news for lovers of ice cream, yogurt, chocolate, and even perfumes.

One reason vanilla has gotten so expensive is, it’s hard to grow. Vanilla vines take two to four years to fully mature, and their flowers only bloom for one day of the year. In order for the plants to produce beans, they have to be pollinated that day. In most places where vanilla is grown, it isn’t a native plant, and there aren’t bugs or birds capable of pollinating the flowers. Vanilla is native to Mexico, but deforestation there has greatly reduced its natural habitat. In Madagascar, where over 80% of vanilla is produced, the flowers have to be pollinated by hand. The pods need several months to cure after harvesting. The whole process is time-consuming and labor-intensive. But the record high price of vanilla also has to do with changes in the vanilla market.

In the 1980s, cheaper artificial vanilla overtook the market. Vanilla farmers cut back production because they weren’t making enough money. But around 2011, demand for real vanilla rose again. Big companies were joining the all-natural trend, pledging to eliminate artificial flavorings from their products, but it’s taken a while for the vanilla farmers to get back in the game and they don’t all want to.

Growing vanilla is a stressful and volatile business because there is such high demand, vanilla beans are a target for theft. After working hard to cultivate their crops some farmers have their beans stolen. As the stolen beans move up the supply chain, they get mixed in with legally purchased beans making it difficult for buyers to know which are which. The prevent theft, farmers pick the beans before they’re ripe and unripe beans means lower quality vanilla.

Farmers also try to prevent theft by branding their vanilla crops with a metal pronged brand. That way buyers can identify what farm the vanilla came from.

Farmers also run the risk of having their crops destroyed by extreme weather events. Cyclones are common in Madagascar and climate change is increasing the frequency and intensity of those storms. If a cyclone were to wipe out vanilla crops next year, it would take until at least 2022 for new plants to start producing beans, and farmers might not want to take that risk. So the supply could continue to drop even further.

The once basic, boring vanilla may wind up becoming a rare sought-after delicacy.