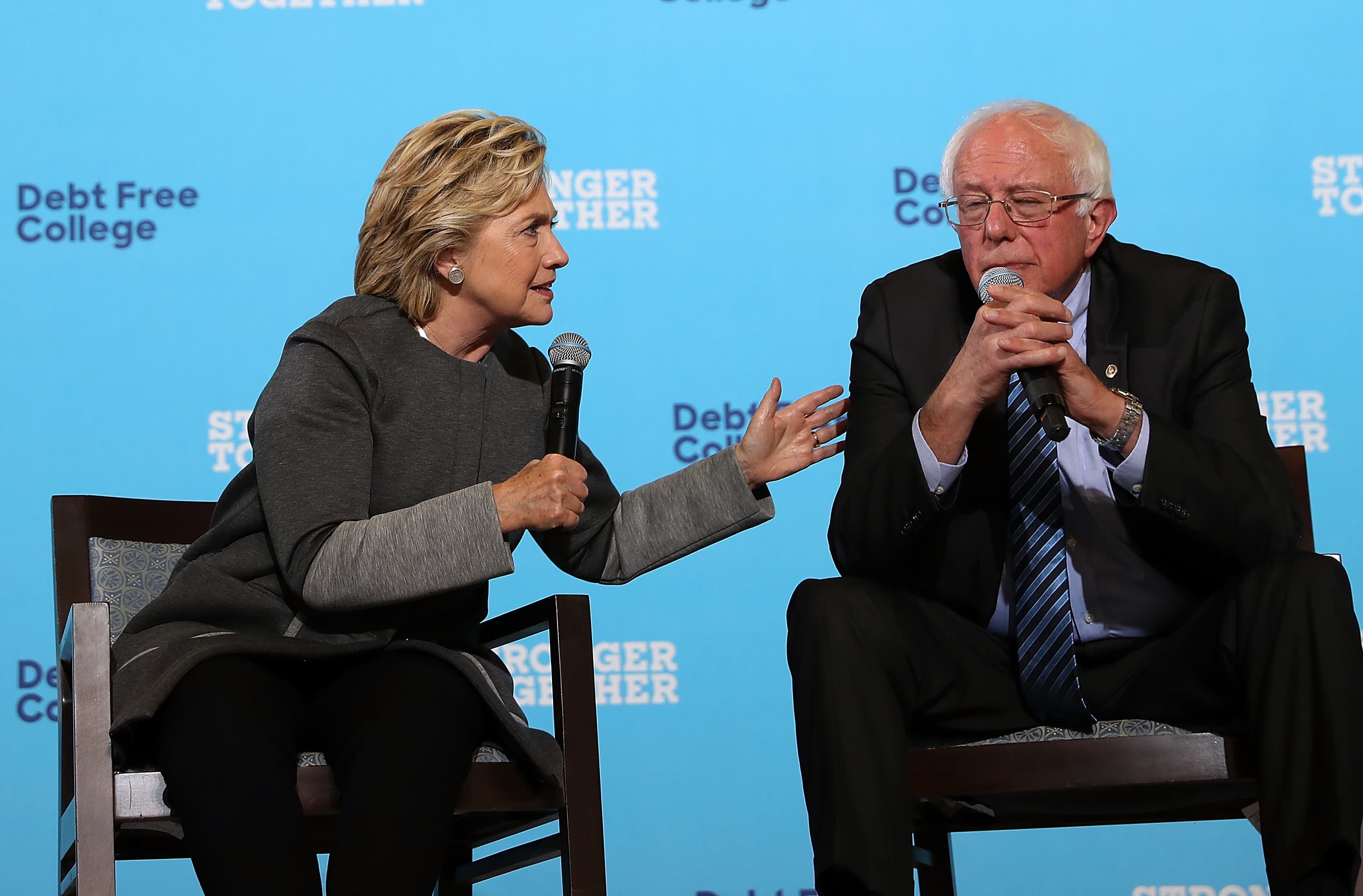 Hillary Clinton is still not feeling the Bern.

In an interview with The Hollywood Reporter in advance of a new Hulu docuseries profiling Clinton, the former Democratic presidential nominee slammed Sen. Bernie Sanders as a political hack who supports sexist attacks on his rivals.

In the Hulu series, Clinton unloads on the Vermont Independent, her main competitor in the 2016 Democratic primary: “He was in Congress for years. He had one senator support him. Nobody likes him, nobody wants to work with him, he got nothing done. He was a career politician. It’s all just baloney and I feel so bad that people got sucked into it.”

When asked by The Hollywood Reporter whether that assessment still holds, she said, “Yes, it does.”

While Clinton said she is committed to unseating President Donald Trump, she declined to say whether she would endorse Sanders if he won the Democratic nomination.

In it, Clinton complains that Sanders’ entire campaign is complicit.

“It’s his leadership team. It’s his prominent supporters. It’s his online Bernie Bros and their relentless attacks on lots of his competitors, particularly the women,” Clinton said. She added:

And I really hope people are paying attention to that because it should be worrisome that he has permitted this culture — not only permitted, [he] seems to really be very much supporting it. And I don’t think we want to go down that road again where you campaign by insult and attack and maybe you try to get some distance from it, but you either don’t know what your campaign and supporters are doing or you’re just giving them a wink and you want them to go after Kamala [Harris] or after Elizabeth [Warren]. I think that that’s a pattern that people should take into account when they make their decisions.

Sanders’ campaign did not immediately respond to a request for comment from CNBC.

But Sanders has fallen under scrutiny lately for a private conversation the candidate allegedly had with Sen. Elizabeth Warren on a woman’s electability.

Warren said that Sanders told her in a private meeting at her home that a woman could not win the election. On the stage of the most recent Democratic debate on. Jan. 14, Sanders denied having told Warren that a woman couldn’t run for president.

“Anybody who knows me knows that it’s incomprehensible that I would think that a woman could not be the president of the United States,” Sanders said.

Sanders, who identifies as a democratic socialist, added that in 2015 he chose to hold off on announcing his candidacy for president until Warren told him she would not run in the 2016 election.

“Warren decided not to run and I did. I ran afterwards,” he said.

Clinton in the newest interview said a one-off comment about women might be permissible, but Sanders’ attitude toward women appears to be “a pattern.”

Clinton also added that Sanders “said I was unqualified. I had a lot more experience than he did, and got a lot more done than he had, but that was his attack on me.”

The news about the alleged conversation between Sanders and Warren does not appear to have damaged his campaign. In national polls, the senator still sits in second place with about 21% of support, putting him directly behind front-runner and former Vice President Joe Biden.

This Is Where Cruise Ships Go To Die
What is Libor?
This Social Media Campaign Helped #Pakistan’s #Pink #Salt Industry
Activist investors’ growing appetite for corporate change | FT Big Deal
The First Mission to Look For Life on Venus