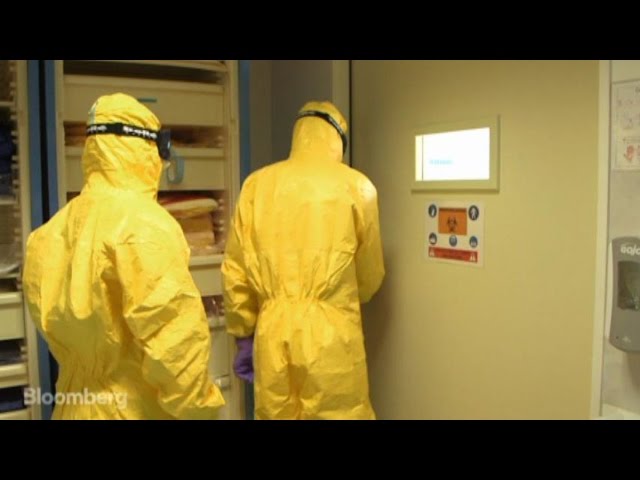 Video
Share on Facebook
Share on Twitter
Share on Pinterest
Share on LinkedIn
Nov. 4 (Bloomberg) – A UN employee who contracted Ebola while working in Sierra Leone is being treated at the Begin hospital, near Paris. The same hospital treated another patient in September who survived Ebola. Bloomberg went to the hospital to meet with the doctor overseeing treatment. (Source: Bloomberg)